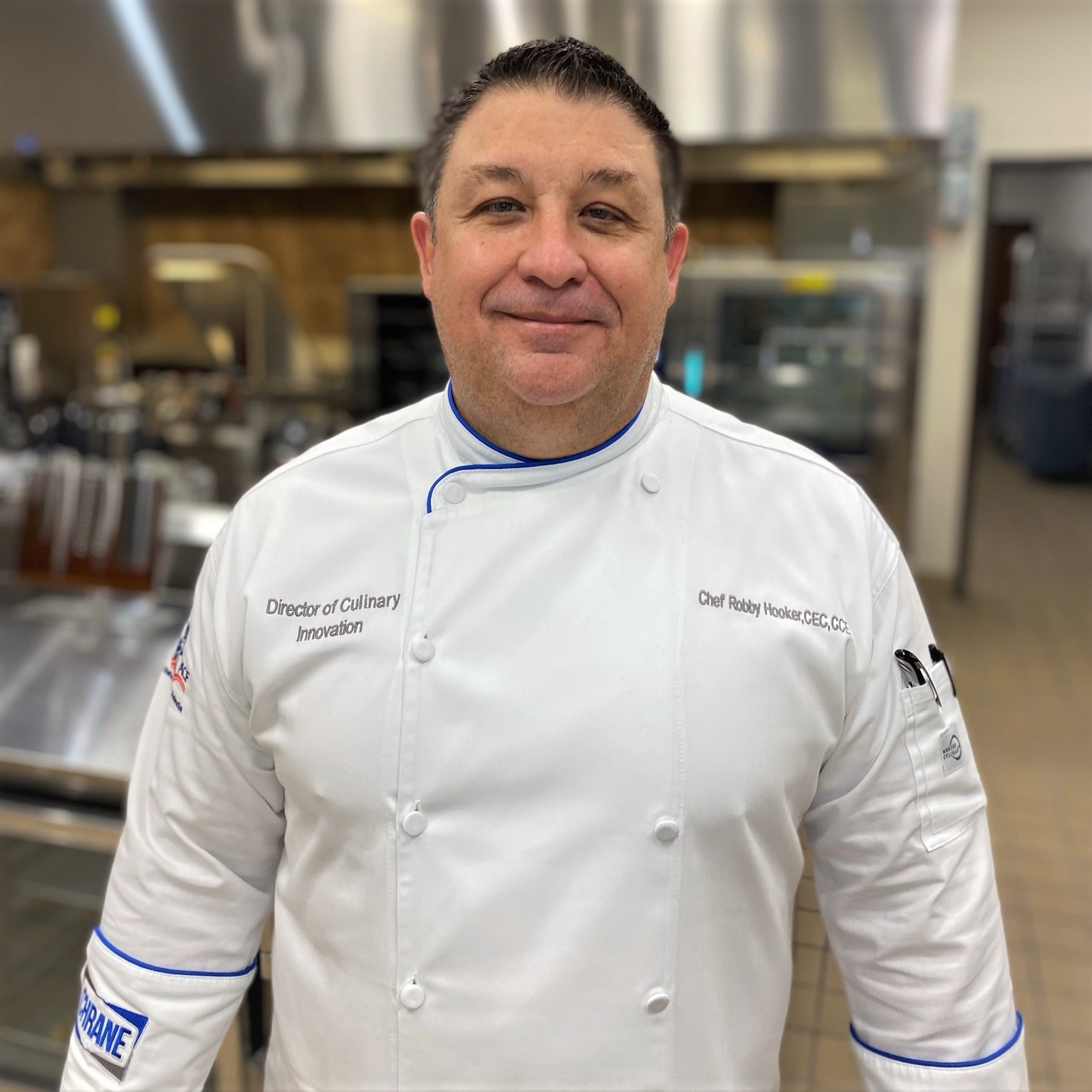 Chef Robby Hooker is a Texas native who has had a lifelong passion for food and people. He began his career in 1990 and has had the opportunity to work in various facilities which include hotels, free-standing restaurants, resorts, convention center, campus dining, K-12, private catering, cooking shows, corporate dining, culinary arts schools, NFL stadium food service settings and the James Beard House. Robby received his AOS in Culinary Arts along with his BS in Food Service Management from Johnson & Wales University in Charleston, SC and his MBA from South University in Savannah, GA. Robby started cooking at an early age. He loves cooking and is able to create custom flavor profiles using classic cooking techniques he has learned throughout his career. Robby is able to create experiences for his guests that are comfortable, fun and unforgettable. He loves connecting with people and making them happy while exceeding their expectations. He met his wife in Culinary school so yes. she is also a Chef! The two have three children.

The Motto: "Life is all about making memories..."

BACK TO TEAM PAGE